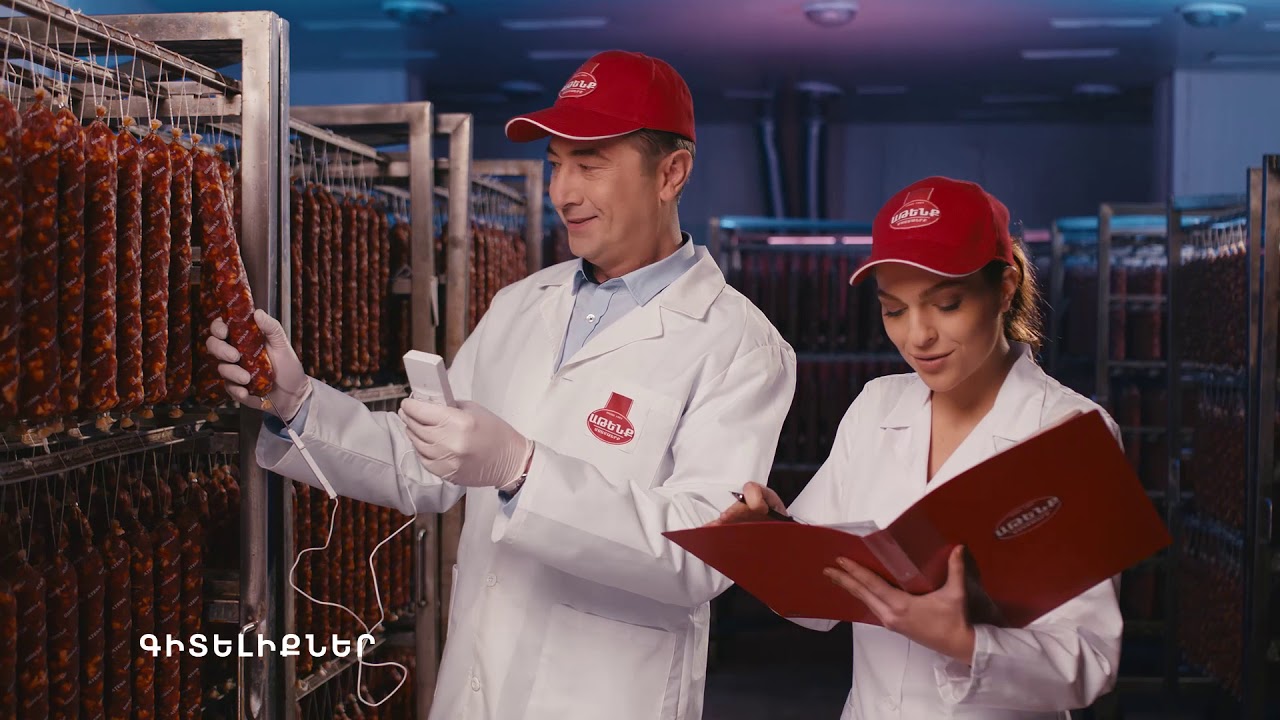 “Atenk” company was founded in 1993. In 2009 the company was acquired by the Adamyan brothers. Due to large investments of the new owners, technical retooling has been carried out in the factory by modern equipment of European production which significantly increases production capacities.

Today “Atenk” company has two large factories specializing in producing sausages, meat dishes, and semi-finished products and presents more than 250item products. The company’s operation is based on principles and values of production corresponding to European standards, quality, and hygienic requirements.

Due to the variety of high-quality products and the new concept of customer-oriented consistent policy development, “Atenk” has become the market leader not yielding its positions up to today. For many years “Atenk” company has been on the list of the 100 biggest taxpayers of the Republic of Armenia.

The most important factor in the sustainable development path and creating a history of “Atenk” company is the professional and dedicated team; skilled and experienced professionals, and expert staff. Today the company has about 800 employees and this number grows every month.

“Atenk” cooperates with Armenian and foreign major suppliers, simultaneously using its own technologies and methods in production. The company manages and coordinates the entire process of supplying raw materials up to delivering the finished product to the selling spot. The factory has its own laboratory which allows for overseeing the quality of the product during all stages of production.

Since 2015 “Atenk” company has been expanding the volumes of its production, offering consumers a wide assortment of semi-finished products which are presented in “Atenk” brand stores, all Armenian supermarkets, and in selling spots.

As a specialized meat products chain, “Atenk” company is the largest in Armenia; 25 out of 27 shops are located in different parts of Yerevan, one shop is in Abovyan (Kotayq province), one is in Vagharshapat (Armavir province).